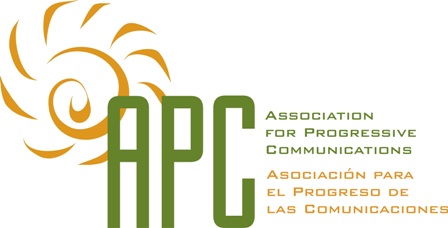 The Association for Progressive Communications (APC) from Johannesburg, South Africa, in a public statement released yesterday, 4 June 2013, expressed its support to the Macedonian civil society organizations in their fight for freedom of speech and expression and against the proposed Law on Media and Audiovisual Media Services. Following is the integral text of APC’s public statement.

Macedonia is one of many countries where citizens struggle for democracy and against measures to control the media and limit freedom of expression and access to information online and offline. The latest of these measures is the proposed new Law on Media and Audiovisual Media Services which will require all media, both print and online, to be filtered through a centralised government agency, effectively allowing the government to legally filter and censor content.

On 8 April 2013, the Macedonian Minister of Information Society and Administration presented a draft of the Law and announced a 60-day public consultation period, formally ending 8 June. No consultation with civil society took place during the development of this first draft.

Macedonia’s media is already severely controlled by the government. “Control is mostly exercised through ownership of the media – owners of most media are people who are in close connection to the government,” says Bardhyl Jashari from Metamorphosis Foundation, an APC member organisation.

Article 1 of the proposed new Media Law states, “this Law shall regulate the rights, obligations and responsibilities of media publishers, providers of audiovisual services and providers of programme packages.” In other words, the law will decide that the roles and responsibilities are of journalists, editors and bloggers and other members of the media. It will also require “people who want to inform the public” via print and electronic publications to be registered under the assigned government agency with arbitrary power to interpret the law. For example, due to the vague definition of media publishers, individuals and NGOs run the risk of not to be able to register news portals. If they do create these news portals anyway, they could be fined.

The proposed new Media Law will restrict freedom of information and speech online. Mr. Jashari warns, “the only remaining free space for critical public discourse, public expression, is the internet. The government is threatening the last arena for freedom of speech.”

A coalition of NGOs called Front for Freedom of Expression have taken action in the form of protests and conferences to protect freedom of speech in face of this new law.

Metamorphosis Foundation will be meeting with Frank La Rue, the UN Special Rapporteur on the promotion and protection of the right to freedom of opinion and expression, upon his visit to Macedonia in June. La Rue presented a report to the Human Rights Council on Monday June 3rd, linking issues of freedom of expression and state surveillance. According to Privacy International, the “report marks the first time the UN has emphasised the centrality of the right to privacy to democratic principles and the free flow of speech and ideas”.

APC supports civil society organisations and Metamorphosis in their efforts to fight for the internet and human rights of Macedonia’s citizens. We call on others who believe in the value of free speech and a free media to support this struggle by signing on to this statement against the Law on Media and Audiovisual Media Services.

For additional information on the matter, visit the Metamorphosis Foundation homepage; or see the OSCE’s Legal analysis of the draft; the Analysis of the Law by the British media legal expert Peter Noorlander published by the Association of Journalists of Macedonia; the OWPSEE commentary; and the USAID and Media Development Center analysis.