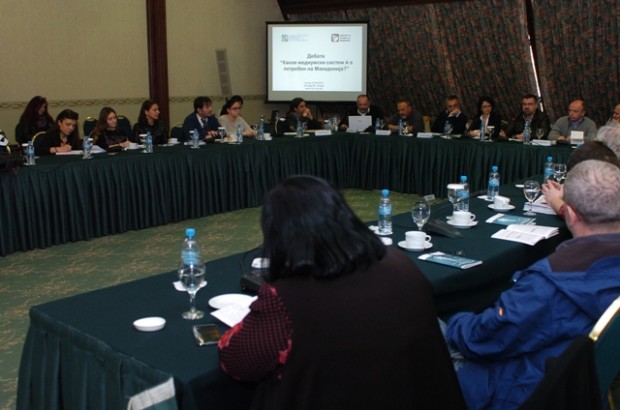 The participants in the public debate “What Kind of Media System Macedonia Needs?”, organized on April 2, 2015, at Holiday Inn Hotel’s “Millennium 2” hall, by the Media Development Center and the Foundation Open Society Macedonia, agreed that the existing media system in the country exhibits great levels of political polarization and over-saturation of media market.

The debate aimed to launch the debate on the media system in Macedonia, from diagnosis of the current situation to the identification of optimal solutions that would contribute to the establishment of a media system that will be best suited and positioned to support the democratic and overall development of the country.

The participants agreed that it won’t be a quick or simple process, which is a necessity that arises from the current situation of prolonged political crisis, with a media landscape that proved inadequate to the task ahead. One of the main conclusions of the debate was that the state will have to play the leading role in the “resetting” of the current or creation of a completely new media system and that such a venture will have to wait for a change of the current unfavourable situation and change of government which is concerned almost exclusively with establishing firm control over the media system.

The participants noted that the debate and the activities to redesign the media system will have to encompass the media regulation, media market, journalistic standards and political relations in the country. They also noted the problem of lacking data and proper statistics – population, GDP and industry structure, marketing needs of Macedonian companies, etc.

The publication “Media Legislation – Challenge for Media Freedoms” was presented in the debate by its principle author, journalist Saše Dimovski. The publication gives an overview of the effects of the new media legislation in the first year of its practical implementation. 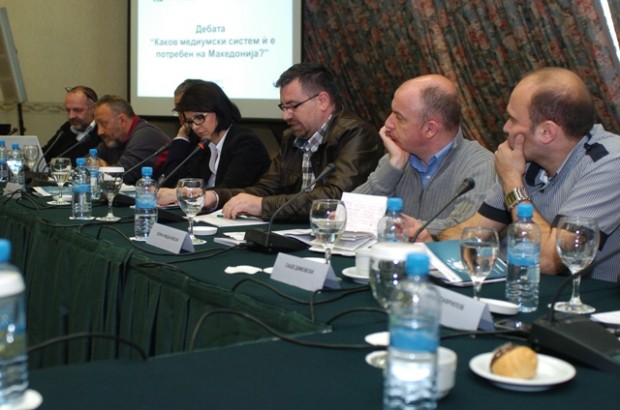