Debate: Defamation – Noose for the Freedom of Expression 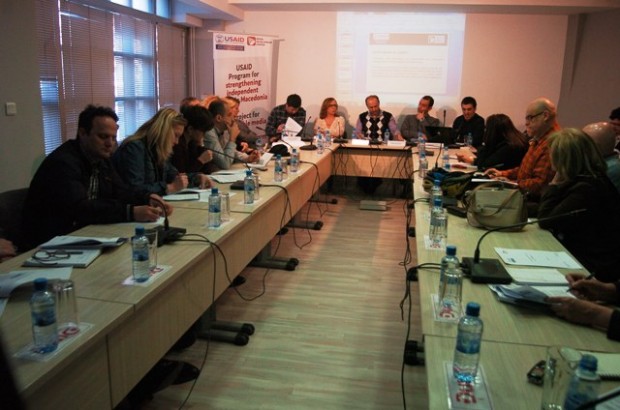 Photo taken at the debate organized for the 1st Quarterly Report

Under the auspices of the USAID Project for Media Legal Reform and Responsible Media, the Media Development Center will organize a debate in which it will present the 3rd Quarterly Report from the Monitoring of Defamation Action Cases. The debate will be held on Friday, November 7, 2014, at the Journalists’ Club (Klub na novinarite), at 11:00 hours.

One of the panelists of the debate titled “Defamation – Noose for the Freedom of Expression?” will be Nani Jansen, Legal Director at the Media Legal Defence Initiative. Ms. Jansen is a lawyer and barrister that works in the area of legal protection and representation of journalists in the world, in both national and international courts.

MLDI, in cooperation with the Media Development Center, has provided free legal assistance to Macedonian journalists involved in litigations for a number of years.