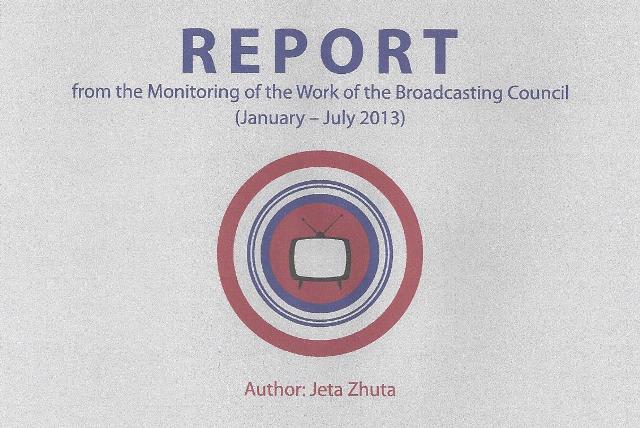 The Media Development Centre, in the period from January 1 to July 30, 2013, followed the work of a number of institutions that have an important role in the field of media in Macedonia. The Broadcasting Council (BC) is one of the most important institutions in that system which, as an independent regulatory non-profit body, takes care, among other things, about the freedom and plurality of expression; the existence of diverse, independent and professional media; the economic and technological development of the broadcasting activity; and protection of citizens’ interests in the field of broadcasting.

MDC’s team focused on the manner of work of the BC, i.e. whether it adhered to the provisions of the Law and the by-laws that regulate its work and operations.