How to consolidate the audiovisual media services market 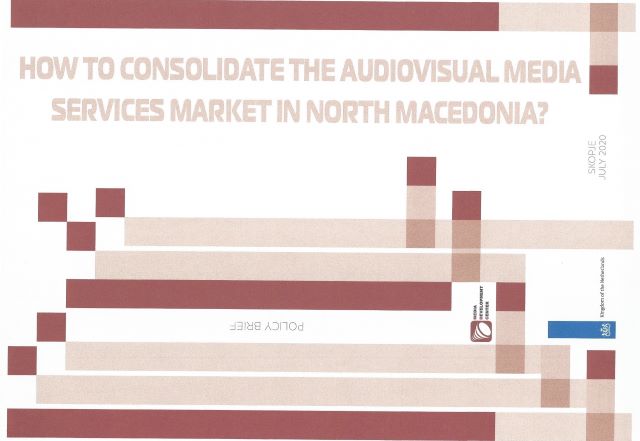 The process of media reforms, based on the recommendations of the group of experts from the European Union compiled in the Priebe Report and the EU Urgent Reform Priorities proceeds slowly and, so far, rather haphazardly. On the other hand, it is evident that the levels of abuses of economic and political power to win over or compel the media to “cooperate” depend largely on the will of those who hold political power in the country to refrain from or abuse the existing situation of law, in any, sustainability in the media market, and especially the market of audiovisual media services.

The audiovisual media market in North Macedonia has been oversaturated from the very start of its development in the first half of the 1990s. There were few attempts for regulatory consolidation and reduction of number of players to a level that can be sustained, while ensuring higher quality of programmes and contents offered to the audience. From the very beginning, the policy of choice was that it should be left to the self-regulatory “hand of the market” and that those who won’t be able to keep up with the competition will quickly shut down operations and disappear from the market.

This document, prepared with financial support from the MATRA Programme of the Ministry of Foreign Affairs of the Kingdom of the Netherlands, is an attempt by the Media Development Centre to analyse the existing situation and to gather in one place as many information on the market and its functioning, and to offer possible solutions that would lead to the elimination of the problem.

The document is available for download at the following link: