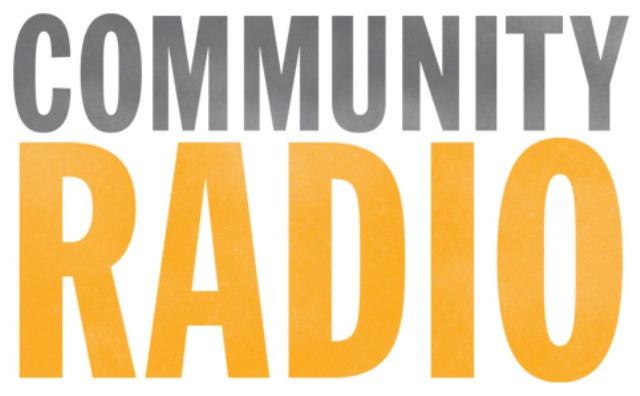 MDC greets the initiative of the Agency because we believe it will help create a policy that will motivate and encourage a whole set of new actors on the media scene. The creation of good policies in the area of non-profit media will place the Macedonian media scene firmly in the European framework of good practices.

This document refers primarily to the non-profit radios and above all the so-called community radio, as one of the possible forms of non-profit media activity, with the aim to reinvigorate the radio scene, because of the accessibility of radio and its capacity to reach larger swaths of the population.

With the aim to make a contribution to this subject, we consulted several sources of information that can be divided roughly into three groups:

– European and international practices, including the document prepared by the Agency for Audio and Audiovisual Media Services

– consultations and exchange of experience and opinions with CSOs

Before we go into the details of our proposals, we would emphasize the need for financial assistance and fiscal rebates for non-profit media, a need that emerged throughout the period of time we had for the preparation of this document.

Our proposals are as follows:

1. In accordance with the situation on the ground in Macedonia and the fact that, at this moment, there are just three non-profit media – the student radios Student FM, UCLO FM and UGD FM (their legal status is, in fact, unresolved as they seem to be registered under the respective universities that operate them), efforts are needed to stimulate the creation of thematic community radios, i.e. radio stations that will focus on communities organized around a given subject or interest (farmers, women, students, youth), at the expense of geographically defined community radios. We believe that the existing student radios are a good starting point and proof that there is sufficient interest in Macedonia for revival of thematic radio stations.

We should also bear to mind the latest trends in the Western European countries in which journalism – understood as activity of objective and professional reporting and information on matters of public interest – is increasingly viewed as a non-profit activity. In view with the existing situation in Macedonia in which the media, of their own volition or under pressure, remove themselves and neglect that obligation to objectively and timely inform the public on matter of public interest, we find that it would be useful if the process of allocation of licenses for non-profit/community radio broadcasting takes into consideration the need of the citizens to be properly informed. The above is especially true of the smaller urban and rural areas. Therefore, special attention need to be paid in those areas to use community radios to ensure the necessary local information which is now either absent of, if existing, pushed to the margins of the programmes of mainstream media.

2. Regarding policies for allocation of frequencies, we believe it would be prudent to reserve a number of frequencies in all geaographic areas (on local and regional levels) for non-profit media (community radio). Those frequencies should be free of charge by default, and this proposal is led by a very simple logic. Namely, due to their very nature, non-profit radio stations may or may not earn income. Therefore, if the radio stations perform their activities and serve as providers of information to the public in the minimum prescribed airtime (four hours of uninterrupted broadcasts daily), they need to have certain benefits at their disposal. That will ensure that the target audience/interest group will get its needs satisfied, while the radio will be relieved of excess dues and fees that may endanger its operations.

At the same time, protective mechanisms should be put in place to prevent any attempt to abuse those frequencies so that an entity would get access to them for free, only to then develop commercial radio broadcasting.

We also believe that the legislation should encourage the possibility of time-sharing of one frequency by several communities organized around common interest/topic, to allow that they won’t face difficulties to fill in the legally required four hours of uninterrupted broadcasts daily per frequency. That approach should simultaneously promote the diversity of available programming, turning such radio stations into a form of a local information source with multiple contents available on a single frequency.

3. Consider the possibility, if there are community radios based on a geographic radio and not certain topic of interest, to allow them a limited possibility for sales of advertising space, restricted to the small enterprises active in the area of coverage, without entry in the national advertising market. Such a practice is mentioned in the document prepared by AVMS as existing and functioning in several EU member states like Ireland and UK.

If the existing legal solution that makes non-profit media fully dependent on donor funds (regardless of whether donations come from public institutions, organizations, in the form of membership fees collected from the community that backs the radio, or from private persons) remains, then there is a need to consider the possibility to create a public fund that would collect and distribute, in an open and transparent procedure, funds intended exclusively for the development of this broadcasting segment. We, therefore, find the solution already used in France, where such a fund exists and is filled from the advertising revenue earned by the commercial broadcasters, to be fully acceptable. In view of the size of the available advertising market and the number of players fighting for the dwindling available advertising revenue, we believe that it would be for the best if such a proposed fund would be filled from the taxes charged on lottery and other games of chance or, possibly, from the collected broadcasting fee, or other sources to be determined later. At the same time, the fund should also be able to rent broadcasting equipment to the community radios, at affordable prices.

5. The concept of non-profit media may be promoted significantly if it is entered on the list of areas covered by the new Law on Development of Social Entrepreneurship, primarily through subsidies and stimulations available to the social enterprises (tax relief and rebates and availability of active employment measures, etc.). If a media outlet is backed by a public institution that would cover operational costs and amenities – office rent, electricity, heating bills, etc. – the creation of a functional non-profit media would be greatly facilitated.

The Media Development Center will remain focused on this issue and plans to prepare a more detailed policy document that would elaborate the proposals and suggestions listed here.