The activists of NGO Civil – Centre for Freedom held a satirical performance today, September 6, 2013, on Skopje’s Stone Bridge, and promoted „WE ARE THE TRUTH“, a genuine pro-government militant organisation that supports the truth and „the Renaissance Government of the Republic of Renaissance, under the glorious leadership of the Renaissance Party and by the Leader’s wisdom and virtue“. 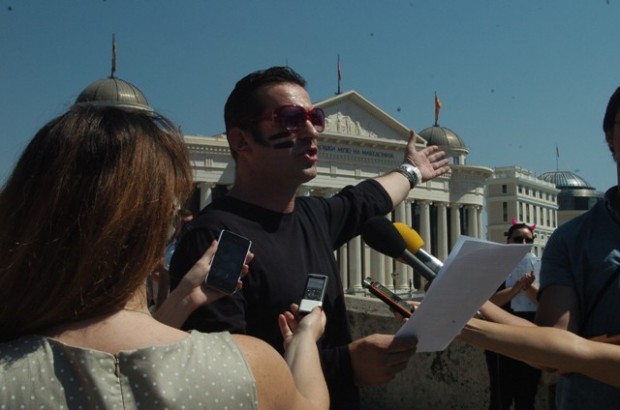 “WE ARE THE TRUTH organization is fighting against freedom, human rights, justice and equality. We packed all these nonsense into armored boxes in order to sink them into the Holy River in support of the wonderful pink future of our ancient nation“, states the Platform of “We are the Truth”, read for the media by Xhabir Derala from Civil – Centre for Freedom.

The performance, organized under the auspices of the “Speak Up!” project, uses satire and sarcasm to raise the awareness about the deteriorating situation of freedom, human rights, justice and equality in Macedonia.

WE ARE THE TRUTH praised the “Renaissance Government of the Republic of Renaissance” because among “many other so wonderful things… planted the symbolizing Love, Faith and Hope in the Holy River”.

“ That’s what this ancient nation needs – Love, Faith and Hope, not some fairytales such as Freedom, Human Rights, Justice and Equality”, states the platform of WE ARE THE TRUTH. 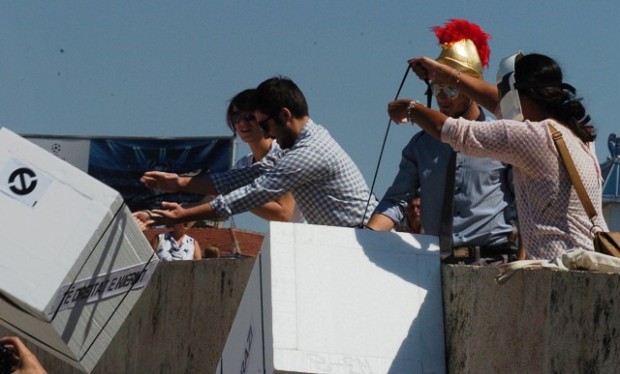 At the end of the performance, the boxes in which freedom, human rights, justice and equality were locked, were thrown into the “Holy River” by the “activists” of WE ARE THE TRUTH.

„Speak Up! Is a project that aims to raise public awareness and solidarity about human rights and freedoms in the Republic of Macedonia. The project is carried by independent artists and intellectuals who will present artistic works with their views on the situation and processes in our society. The project is supported by the Foreign Ministry of the Federal Republic of Germany.

WE ARE THE TRUTH platform – handout 01 EN