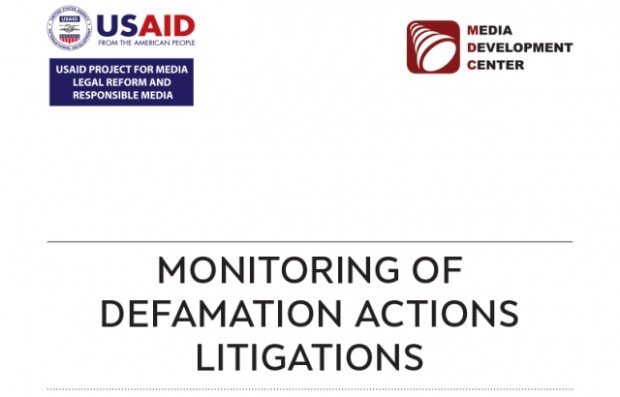 The Media Development Centre (MDC), under the auspices of the USAID Programme for Strengthening of Independent Media in the Republic of Macedonia and the Project for Media Legal Reform and Responsible Media, in the period March 1 through June 15, 2014, monitored the defamation action cases tried in accordance with the Law on Civil Liability for Defamation at the Basic Court Skopje 2 in Skopje.

In addition to directly monitoring the cases, MDC maintains constant contact with the Court of Appeals. MDC’s team observes if the Court of Appeals has adopted definitive judgment, i.e. if it has ruled on the appeals filed against the sentences adopted by the Basic Court.

By the time of writing of this report, 22 trials in defamation action cases have concluded, but the judgements are not definitive because of ongoing appeals procedure.

The past practice indicates that judges approach the case involving state officials different from the cases in which state officials do not appear either as plaintiffs or defendants. In the cases in which a state official or a politician appears as either the plaintiff or defendant, it is evident that they are expedited much more efficiently and the court acts with greater urgency, while the implementation of the European Convention and the Strasbourg Court Case Law is inconsistent, with the aim to secure greater protection for the honour and reputation of officials. The analysis of the two definitive judgments, in the Gruevski vs. Petkovski and Jakimovski vs. Lupevska cases, proves that conclusion.

The Report, together with the conclusions of the public debate held on July 11, 2014, is attached to this article as a PDF document.