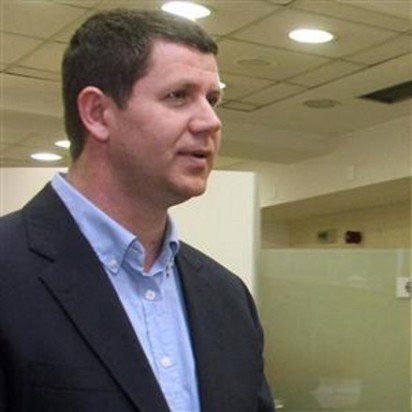 The Media Development Centre, the Association of Journalists of Macedonia, the Independent Union of Journalists and Media Workers, and the Macedonian Institute for Media expressed today, July 18, 2013, in a press conference held at the Press Club in Skopje, their dissatisfaction with the new media legislation presented by the Government to the Parliament for adoption last Monday, July 15.

You can read the full text of the joint-statement, read at the pres-conference by the president of AJM Naser Selmani, below.

“The new media regulation adopted by the Government, the Draft-Law on Media and the Draft-Law on Audio and Audiovisual Media Services, don’t follow the spirit of European standards. The Government failed to incorporate the key remarks and comments of domestic and international institutions.

The concerns about the independence of the regulatory authority, the Agency for Media, remain valid. Although the overall participation of the civil sector in the process of nomination and appointment of members of the Agency’s Council is increased, the majority of its members are still nominated by political institution – the Parliament and ZELS (Association of Local Self-Governments). The suggestion made by the Council of Europe for the Parliamentary Committee on Appointments and Elections to apply the two-thirds vote in the election of the members of the Council was rejected.

There is even stronger political influence on the process of nomination of the members of the Council of Macedonian Radio and Television. There, of the 13 members, ten are appointed by political and public institutions, which limits the chances for MRT to grow into a true public service for the citizens.

The Government also disregards the remark that proposes the deletion of the definition of journalists, which the experts find to be limiting the freedom of expression. The Laws don’t adhere to the principle of proportionality of sanctions and don’t regulate the issue of response and correction in accordance with the European Directive for Audiovisual Services.

For the reasons listed above, we believe that the Government needs to retract the Draft-Law on Media, because of the fact that there is no actual need for such a Law, while the Draft-Law on Audio and Audiovisual Media Services should be amended and corrected to incorporate the suggestions and proposals made by domestic and international institutions”.

Video footage from the press-conference are available in the report published by the A1on.mk internet television.