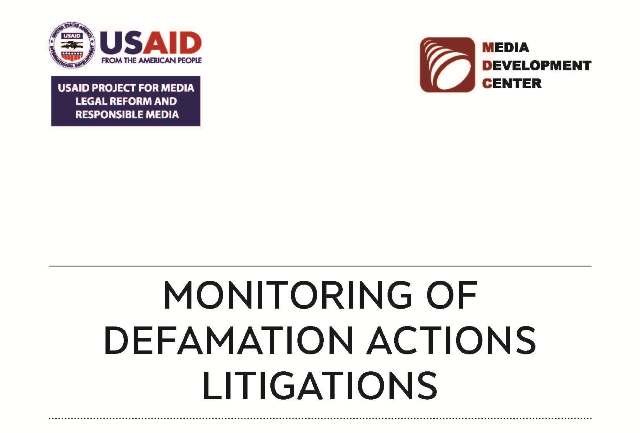 The Media Development Centre (MDC), under the auspices of the USAID Programme for Strengthening of Independent Media in the Republic of Macedonia and the Project for Media Legal Reform and Responsible Media, in the period July-September 2015, monitored the defamation action cases tried in accordance with the Law on Civil Liability for Defamation at the Basic Court Skopje 2 in Skopje.

Having in mind the importance of the Law for the freedom of expression and media freedoms in the Republic of Macedonia, and the uncertainties surrounding the effects of its implementation, the Media Development Center implements a continuous monitoring of defamation action trials in which journalists, editors and media outlets appear as defendants. In addition, MDC follows the defamation action cases in which state officials appear as plaintiffs.

In addition to the direct monitoring of the cases through physical presence of our observers in the hearings, MDC maintains constant communication with the Court of Appeals, on the matter of whether it has adopted a ruling on the appeals on the decisions in defamation action cases of the Basic Court.