Prison Sentence for Kežarovski is Sentence against Freedom of Expression 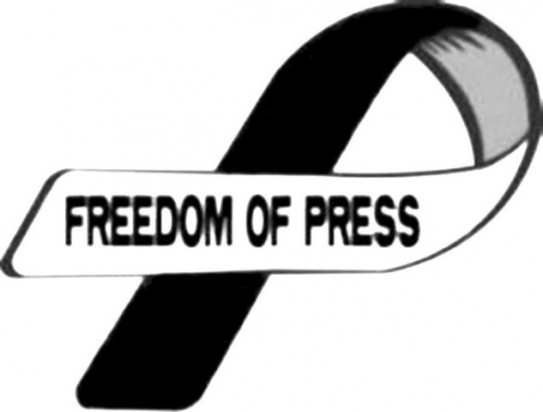 The Front for Freedom of Expression believes that the 4.5 years prison sentence of journalist Tomislav Kežarovski is yet another serious blow against the freedom of expression and freedom of media in the Republic of Macedonia.

The sentence against Kežarovski is a threat to all journalists who cover the work of the Police, the judiciary and all other state institutions to pay attention in the future what and how they report, because they may face draconian punishment, regardless of whether their reporting was true and whether they protected the interests of the citizens with their reporting.

The Front for Freedom of Expression demands from the higher judicial instances to annul, in an appeals procedure, this scandalous decision and to acquit Kežarovski from the responsibility of committing an offense that, in fact, never transpired. Kežarovski was punished for honestly and conscientiously perfrorming the fundamental task of all jouranlists – informing the public on matters of public interest – in this case, the public exposure of abuses of the institute protected witness by police and judicial authorities.

On the other hand, the confirmation of the prison sentence for Kežarovski will also be seen as a sentence for the freedom of expression and freedom of media in the Republic of Macedonia.

The Front for Freedom of Expression (sloboda.kauza.mk) is a wide platform of individuals, organizations, institutions and informal groups that function as an informal network that shares a common goal – to preserve and advance the basic human right of freedom of expression, primarily in the Republic of Macedonia, but also all over the world.

The following civic organizations are involved in the Front: the Helsinki Committee for Human Rights in the Republic of Macedonia, the Media Development Centre (MDC), Metamorphosis Foundation for Internet and Society, Civil Centre for Freedom, the Foundation Open Society Macedonia (FOSM), the NGO Infocentre, the Coalition “Sexual and Health Rights of Marginalized Communities” – Skopje, the Macedonian Centre for European Training (MCET), the “Javnost” Centre for New Policies and Freedom of the Media, “Jadro” – Association of the Independent Cultural Scene, and Civic Association “Kontrapunkt”.