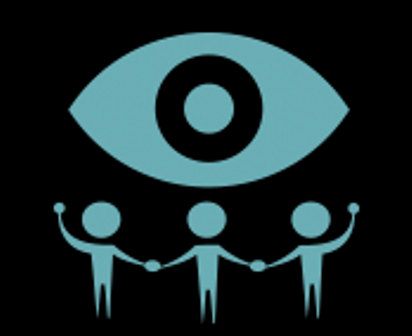 The Media Development Center (MDC), the Foundation Metamorphosis and the NGO Infocentre joined the huge international coalition and called on the authorities of the Republic of Macedonia to assess whether the national communications surveillance legislation and activities are in line with accepted international human rights obligations.

The three organisations endorsed the proposed set of 13 international principles against unchecked surveilance of communications.

Macedonia needs to establish mechanisms of civilian control and accountability of the state authorities that have the authority and own equipment for surveillance of communications over the internet, to strengthen the trust of the citizens in the institutions of the state, and to ensure the democratic functioning of the institutions.

Privacy is a basic human right, guaranteed by Macedonian Constitution. The protection of personal data needs to be raised to the highest possible level by all relevant actors in the society – the state, business and the nongovernmental sectors.

The principles, for the first time, establish a framework for assessment and evaluation of surveillance practices, in the context of obligations arising from international human rights law.

The 13 principles, presented last Friday, September 20, 2013, at a side event held during the 24th Session of the UN Council of Human Rights take well-established tenets of human rights law, such as the requirements of legality, necessity, adequacy, proportionality, due process and transparency and apply them to state surveillance, setting out the steps necessary for states to meet their human rights obligations.

Navi Pillay, UN High Commissioner for Human Rights and Frank LaRue, UN Special Rapporteur on Freedom of Expression and Opinion, as well as representatives of Privacy International, the Electronic Frontier Foundation, Access, Human Rights Watch, Reporters Without Borders, Association for Progressive Communications, and the Center for Democracy and Technology participated in the event, officially hosted by the Permanent missions of Austria, Germany, Liechtenstein, Norway, Switzerland and Hungary.

Navi Pillay, the United Nations High Commissioner for Human Rights, speaking at the Human Rights Council stated in her opening statement on September 9: “Laws and policies must be adopted to address the potential for dramatic intrusion on individuals’ privacy which have been made possible by modern communications technology.”

Navi Pillay, the United Nations High Commissioner for Human Rights, speaking at the event, said that: “technological advancements have been powerful tools for democracy by giving access to all to participate in society, but increasing use of data mining by intelligence agencies blurs lines between legitimate surveillance and arbitrary mass surveillance.”

Frank La Rue, the United Nations Special Rapporteur on Freedom of Expression and Opinion made clear the case for a direct relationship between state surveillance, privacy and freedom of expression in this latest report to the Human Rights Council: “The right to privacy is often understood as an essential requirement for the realization of the right to freedom of expression. Undue interference with individuals’ privacy can both directly and indirectly limit the free development and exchange of ideas. … An infringement upon one right can be both the cause and consequence of an infringement upon the other.”

Speaking at the event, the UN Special Rapporteur remarked that: “previously surveillance was carried out on targeted basis but the Internet has changed the context by providing the possibility for carrying out mass surveillance. This is the danger.”