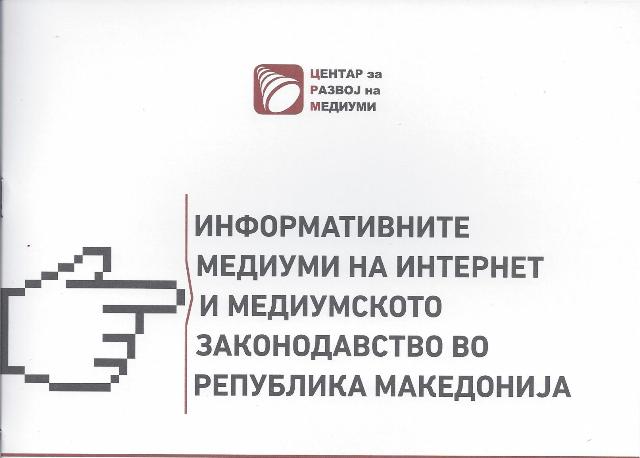 The emergence of Internet has resulted in the entry on many new players and actors in the area of informing the public about daily and national politics, economic trends and situations and other issues of interest to the general public.

In addition to professional journalists that chose to report and publish on the Internet, many new actors, such as bloggers and citizen journalists, have entered the picture and are here to stay. While they don’t necessarily call themselves journalists, in a great number of cases what they do is de facto journalism, understood primarily as activity of informing the public on matters and issues of its interest.

Macedonia traditionally regulated only the broadcasting media. In 2013, however, it abandoned that approach and moved to adopt a general Law on Media. As a result of the pressure of one part of the media community in the country, the Law exempted the news-sites and all other media publishing solely on the web. The new situation contributed to the emergence of several problems down the road.

This document is an attempt by the Media Development Centre – Skopje to make a contribution to the adoption of effective and positive media policies, especially in the regulation of functioning of media and journalists that publish their reporting and opinions exclusively on the new digital platforms.

The publication of this document was supported by the Foundation Open Society Macedonia (FOSM).

Online News Media and Media Regulation in MK (the English version of the document starts on page 19).