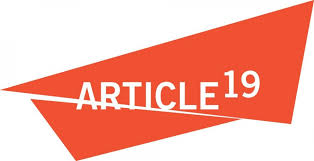 The Media Development Centre, under the auspices of its activities aimed at improvements to the proposed media legislation in the Republic of Macedonia, asked ARTICLE19, the London-based international freedom of expression organization, to give its opinion on the proposed Law on Media and Law on Audio and Audiovisual Media Services.

ARTICLE 19, on our request, already presented its opinion and comments to the initially proposed single Law on Media and Audiovisual Media Services, and those findings were presented in the conference “The Future of Media Regulation in Macedonia”, organized by MDC on May 27, 2013.

Attached to this article are the two letters with the comments on the two bills, prepared by ARTICLE 19 and presented to the Assembly of the Republic of Macedonia, all political parties represented in the Assembly, the Ministry of Information Society and Administration and the Secretariat for European Affairs of the Government of Macedonia.