“The Future of Media Regulation in Macedonia” Conference Held 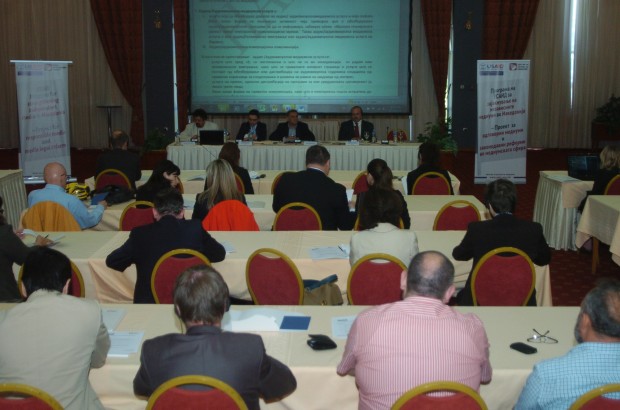 The Media Development Centre (MDC) presented, at “The Future of Media Regulation in Macedonia” conference held last Monday, May 27, 2013 at the Aleksandar Palace Hotel in Skopje, the Analysis of the Draft-Law on Media and Audiovisual Media Services, prepared under the auspices of USAID Programme for Media Legal Reform and Responsible Media.

The Draft-Law on Media and Audiovisual Media Services, proposed by the Ministry of Information Society and Administration, met with strong criticism by a large segment of the media community in Macedonia, both because of its contents, problematic and restrictive provisions, but also because of the questionable adoption procedure, especially the short period reserved for public debate on the draft.

Michael Stievater, USAID Democracy Office Director, in his address at the opening of the Conference, expressed his gratitude to the participants for their will to use the opportunity to discuss both the strengths and weaknesses of the proposed Draft-Law and to reach solutions and proposals that would be acceptable to the wider media community in Macedonia.

“This Draft-Law in front of us, for the first time, introduces a regulatory framework for print and internet media. It is important to discuss this concept today, among other things, because this sets the standards for the future of expression. I am sure you are all aware of the various media reports that have come out on the state of freedom of expression in Macedonia. Some of these raised concerns and this is an issue that the country will have to deal with”, Stievater said and wished for the participants to have a fruitful discussion and success in the efforts to improve the media legal environment in Macedonia.

The Deputy Prime Minsiter charged with European Affairs Fatmir Besimi commended the engagement of the organizers on, as he noted, such an important topic for Macedonian society and democracy – media regulation and freedom of expression as a democratic value guaranteed by the Macedonian Constitution and international conventions.

Besimi also emphasized the importance of dialogue on all open issues between all stakeholders, regardless of how different our views and policies may be. Such a dialogue, he said, actually led to the prolongation of the deadlines for public debate on the Draft-Law.

“It proves that, if we talk, we can find solutions and new possibilities. One such opportunity is for the representatives of different professional and civic associations to make their own contributions through comments to this Draft”, Besimi said and added that the Draft, prepared in cooperation with experts from TAIEX, was sent for expert reading to the Council of Europe and OSCE.

“It is also important, and we believe it can make this period more productive, to present your comments to the Ministry of Information Society and Administration, where they will be taken into consideration and then, in consultations with experts from EU, we will get a new draft that will be presented, in transparent fashion, to the representatives and the stakeholders of this field”, Besimi added and invited all stakeholders to make their own comments because “dialogue and building mutual trust is the only way to improve the text of the draft and reach an adequate solution”.

Amy Brouillette from the Central European University from Budapest, presented the Hungarian experiences in the adoption of Hungary’s own restrictive media legislation, while Boiko Boev from London-based organization ARTICLE19 presented his views on the proposed Draft-Law. (Boev was not able to come to Skopje and presented his points over Skype).

Boev noted that it is important for the draft to be viewed from the aspect of media legislation reforms in Eastern Europe and, more specifically, in Southeast Europe.

“As you all know, the media laws in Southeas Europe are constantly under reviews and reforms. And now we have something coming from Macedonia, this Draft-Law, which, I think, is something exceptional. It is a super-law with a new mega-media regulatory agency, which I haven’t seen in the neighbouring countries”, Boev said.

In his opinion, the Draft-Law offers many questionable solutions and he announced that he intended to ask ARTICLE19 to take activities to raise concerns about those problematic solutions on international level.

In his remarks on the topic “What is Missing from this Law?”, Petrit Saraҫini from MIM pointed out that no Regulatory Impact Assessment (RIA) was prepared for this Draft-Law, in spite of the fact, as he pointed out, that in 2009, when the RIA instrument was introduced to Macedonia, the Government made promises that “all systemic laws and all laws with ‘European flag’ will have to pass through the RIA process”.

Naser Selmani, on the behalf of the Association of Journalists of Macedonia (AJM), Tamara Čausidis for the Indepndent Union of Journalists and Media Workers (SSNM) and Biljana Petrovska on the behalf of the Macedonian Institute for the Media, presented their comments and remarks on the Draft-Law, while Filip Stojanovski from the Metamorphosis Foundation discussed the experiences in the area of regulation of internet. (Read the Analysis prepared by AJM and the Analysis prepared by SSNM).

Stojanovski, in his remarks, repeated that he didn’t see any reason to adopt such a comprehensive law, because most issues it covers are already regulated in other laws and regulations.

“It is normal to view the internet as a part of reality, not as some virtual reality. All rights that we have as citizens in the offline world, we have online, including the rights in the area of freedom of speech and expression”, Stojanovski said and added that the same goes also for the legal obligations in the online and offline worlds.

We have to note that, although the Ministry of Information Society and Administration was duly invited – and our invitation was accepted – to delegate representatives that would present the vision and the philosophy behind the proposed Draft-Law, they ultimately rejected the opportunity we offered. 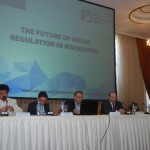 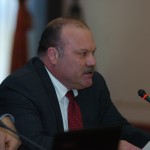 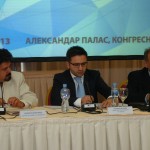 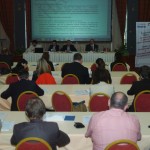 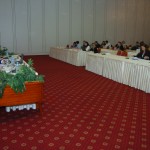 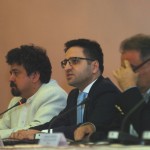 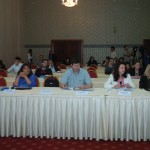 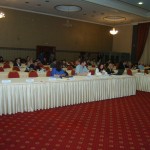 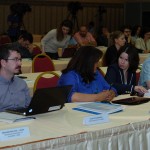 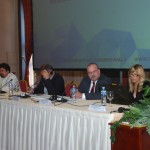 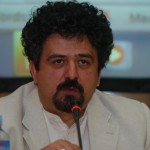 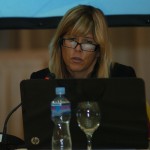 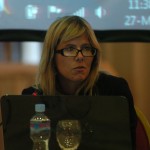 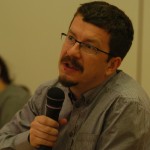 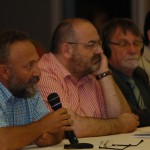 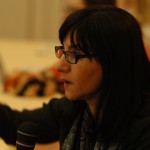 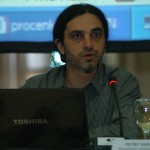 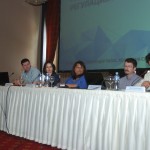 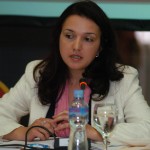 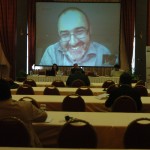 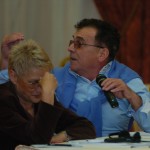