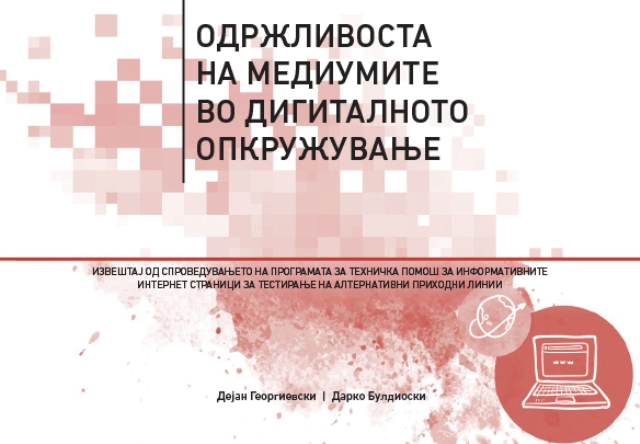 The Media Development Centre, under the auspices of the USAID Programme for Strengthening of Independent Media in the Republic of Macedonia and the Project for Media Legal Reform and Responsible Media, in 2014 and 2015 implemented the Technical Assistance Programme for News Web-sites and Portals.

The Programme aimed to test several options of alternative and new sources of financing going beyond mere sale of banner display advertising. The Programme was motivated by the latest trends in the advertising industry, introduced by internet and the fast development of advertising on digital platforms, dominated by big technology companies – search engines, social networks and social media.

A total of 20 web-sites and portals applied in the public call, announced in June 2014. Of them, a jury of five experts and practitioners in the are of internet advertising selected ten news-sites that cover the national political scene and national economy in Macedonia.

Although the public call stipulated that applicants can propose their own idea to be tested, just several of the ten selected applicants did submit their own proposal of alternative revenue stream. The other news-sites involved in the programme tested ideas developed in cooperation with the Media Development Centre.

This document offers an overview of the situation and the trends in digital advertising in the world and in Macedonia, and the results and findings of the activities implemented under the Programme. The document is bilingual, in Macedonian and in English language (the English translation starts on page 33 of the document)