Implementation of Media Legislation: Lots of Delays and Weaknesses 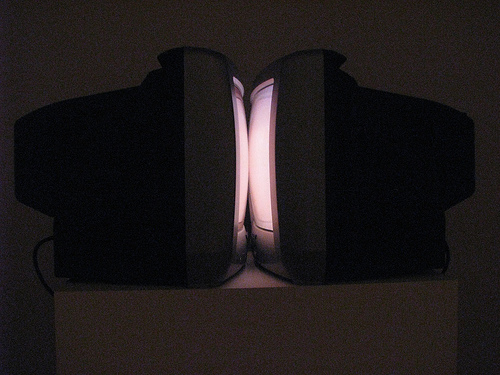 The Media Development Center (MDC), under the auspices of the USAID Programme for Strengthening Independent Media in the Republic of Macedonia and the USAID Project for Media Legal Reform and Responsible Media, implements a continuous monitoring of the implementation of the new media legislation in the Republic of Macedonia – the Law on Audio and Audiovisual Media Services (LAAMS) and the Law on Media (LM). MDC simultaneously, in the contest of the new laws, monitors the work of the Agency for Audio and Audiovisual Media Services (AVMS), the Macedonian Radio and Television (MRT) and the Assembly of the Republic of Macedonia. The implementation of the legislation is monitored from the viewpoint of their influence on the functioning and operations of the media and journalists, i.e. the freedom of media and freedom of expression.

This report covers the period from the entry into force of the two laws, i.e. from January 3 to March 15, 2014. Main monitoring findings are:

• The dissolution of the Assembly of the Republic of Macedonia and the early parliamentary elections postponed the legal deadlines for selection of members of the Council of the Agency for Audio and Audiovisual Media Services (AVMS) and the Programming Council of the Macedonian Radio and Television. Before the dissolution vote, the Assembly of RM met the legal deadlines for announcement of public calls for nominations for members of the two bodies. However, there was an evident practice to meet the deadlines at the last possible moment before they expire.

• Due to the dissolution of the Assembly of RM and the inability to constitute the Council of the Agency within the legally prescribed deadlines, the appointment of the Director of the Agency shall also be prolonged indefinitely. The absence of a precise deadline for the selection and appointment of a Director of AVMS is a serious anomaly of the Law. The latest developments will lead to the unavoidable conclusion that the Agency will have to work in its interim composition, inherited from the Broadcasting Council, for much longer than the prescribed legal deadlines.

• The composition of the Council of the Agency, as prescribed by the Law on Audio and Audiovisual Media Services, doesn’t guarantee the independence of the Agency, since the Council is not free of danger of serious political influence on its work (the Assembly nominates two members and ZELS one). The Agency should be free of political influence, and the members of its Council should be appointed with a two-thirds majority of the total number of MPs. Only that would ensure the greatest possible legitimacy for the appointed Council members.

• Unlike the previous Law on Broadcasting Activity, which contained clear provisions that prescribed that the Broadcasting Council works in public sessions, the new Law doesn’t prescribe that the sessions of the Council will be open to the public. We believe that the sessions of AVMS Council should be open to the public. If that is not ensured with amendments to the Law, it should be regulated in the Book of Rules and Procedures that will be drafted and adopted after the appointment of the members of Agency’s Council.

• According to the Law, the Council members are entitled to a monthly compensation for their engagement to the amount of up to four average salaries paid the Republic of Macedonia, and they won’t perform their office in a professional capacity. That is a step back from the Broadcasting Law, which prescribed that the members of the Broadcasting Council performed their offices professionally, and for a lower monthly compensation. On this matter, MDC proposes full professionalization of the office of Council Member, as it is the only insurance that the members of the AVMS Council will be able to perform their wide and important legal competencies with dedication and efficiency.

• The lack of transparency and accountability is evident in the financial operations of the Agency. For example, by the time this report was concluded, the Annual Financial Plan for 2014, adopted in its first session of the year in January 2014, was not yet available on AVMS’s web-site.

• Today, almost three months after the adoption of the Law and the announcement that the Government will prepare, by the end of the first half of the year, changes and amendments to ensure the independence of MRT, there is no information whatsoever on the progress of that plan. There is no public debate on which would be the solutions that would guarantee the independence of the public broadcasting service.

• The Law prescribes that MRT shall finance itself from the broadcasting fee, commercial services, sales of programmes, donations and funds from the Budget of the Republic of Macedonia. While the Law emphasizes that donations can’t be used to influence the independence of the public service, it doesn’t regulate, in any way or fashion, the danger from direct influence of the Government on the editorial policies and the independence through grants from the State Budget. MDC believes that the State Budget should not be a source of additional financing. With that in mind, the legal provision that allows for MRT to be finance from the state Budget should be deleted or, alternatively, fixed to an exact predetermined amount. If the latter is accepted, the Law needs to be amended with provisions that will not only fix the amount or the methodology of awarding Budget money, but also eliminate any and all possibilities for some sort of negotiations with the Government on the annual Budget grants. The second solution,however, remains dubious from the point of view that it is a de facto state assistance which is illegal according to European standards. Therefore, such an intervention in the Law should be considered only a temporary and partial solution.

• In view of the fact that the Programming Council has the primary role to protect the interests of the public, not the interests of the Government or the political parties, it is a matter of great concern that the composition of the Council doesn’t reflect the diversity of Macedonian society and, instead of being dominated by civil society representatives, it is dominated by political influences, primarily through the Parliamentary Committee. Compared to the previous legal solution, when the Council was composed of 23 members, 18 of whom were nominated by the civil society and the rest by the Parliamentary Committee, now the Council is smaller with just 13 members. It is indicative that the participation of the civil society is significantly reduced, while the Parliamentary Committee will nominate the same number of Council members. Another cause of concern is the manner of determination which is the majority journalist association, an issue that already has a political dimension.

• Although it has a legal obligation, by the time this report was concluded, MRT has not published the financial plans for 2014 nor the draft of its annual programme. That is not only a violation of the Law, but MRT also prevented all interested citizens to express their views and positions on those documents. The number of available documents published on the web-site of the Macedonian Radio and Television indicates that the level of openness to the public is far from satisfactory, compared to the international standards for public broadcaster. The contemporary functioning, current trends in broadcasting imply, among others, a functional and regularly updated web-site, which is not the case with MRT. MRT needs a web-site that will cover the programming segment, but will also allow access to its basic documents. The failure to implement that obligation means that MRT continues to build up on its reputation of a closed and opaque public broadcasting service.